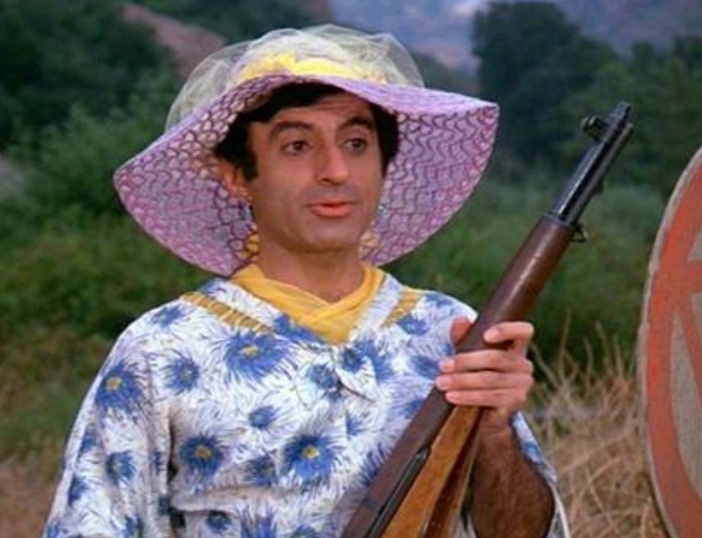 Cpl. Maxwell Q. Klinger was no stranger to the intracies of the United States Army.  In the Army of old, in his case the Korean War era, there was no room for folks who had a sexual identity issue.  Max Klinger was an elaborate cross dresser and spent his discretionary time trying to convince the officers in the 4077th surgical hospital to muster him out over his humorous attempts to convince them he was a transgender person.  We all sat back and laughed at his antics.  Few are laughing today.

As a rule, I seldom comment on matters of sexual preference, confusion or related issues.  I suspect most Americans are reasonably tolerant of these aberrations, choosing to ignore them as long as the issues aren’t forced into their living rooms.  While it is difficult to quantify, the best estimates are that about 0.03 percent of our population identifies as transgender.  If you’re into numbers that translates to around 700,000 folks out of 319,000,000.  Klinger wouldn’t make the list, his motives were rather obvious.  Had Klinger breezed into the ladies shower on MASH, it is likely the nurses led by Margaret Houlihan would have broken his obsession with an epic response.

What are we thinking?  I am long beyond being stunned by this President’s social engineering by executive fiat.  Are we going to disrupt our generally quiet tolerance of such personal issues by mandating the acceptance of the aberrations of a few folks who are genuinely struggling with a sexual identity crises?  Most importantly, how in the name of God are you going to manage this issue?  There are any number of creeps stalking our country fixing cameras in the furtherance of their voyeuristic inclinations……creeps that when caught, go to jail.  No need to sneak around now, just self identify as transgender and walk in to a public restroom…….the sign over the door indicating  gender means nothing.

The architects and builders will see green in the pursuit of this issue.  If I were building a new school today, I would construct a series of one user restroom facilities rather than large communal restrooms as is the custom today.  Expensive?  Yes.  It would not be as expensive as the societal costs associated with a cross dressing man entering a women’s communal restroom and walking out to the greeting of her husband, father or boyfriend who, in all likelihood, would respond with a different kind of “social engineering”.

Max Klinger, in later episodes was promoted to Sergeant and replaced Radar as the unit clerk.  He gave up on his attempts to earn a Section 8 discharge and returned to some degree of normalcy.  He famously quipped that it was useless to attempt convincing the Army he was crazy, as they were ALL crazy around him.  The characters in MASH were, indeed, goofy, however; America , as a whole, is not.  Again I ask, what are we thinking?