Behavioralists, and other folks who study human interaction have their theories as to why it is that America is currently experiencing a police officer killing spree. It should come as no surprise that when you make your living by first strapping on a firearm and restraint device laden belt that you are at least acknowledging that you are going to place yourself in harms way at some point in your career. Professional police officers work hard preparing for the inevitable conflicts that are inherent to an authoritarian role in a freedom loving society such as ours. We rely on defensive tactical technique to protect ourselves as we go about our business. There are specific recommended techniques for approaching automobiles, houses, the placement of patrol vehicles, communication, and even how you stand when talking with a person of interest. When the contact intensifies, we rely on an escalation of our response to meet the circumstances, ranging from verbal control, use of chemical agents and electronic disabling devices to the use of deadly force. We wear protective gear in the form of ballistic vests in an effort to stop a bullet, devices that generally offer trunk protection at best, but can hamper your ability to manage a grappling confrontation. Our officers today are better trained, educated and equipped than at any time in our history and yet, are dying at an unprecedented rate. Why? 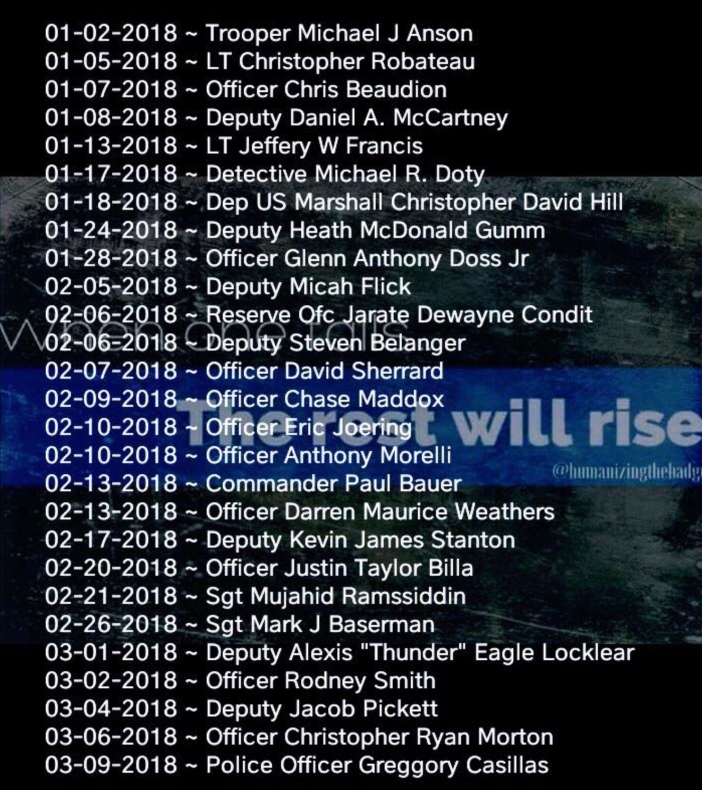 My generation of police officers existed during a transitional period in police science. We experienced a rapid evolution in equipment, training and the management of confrontation. Our early mantra, still evident today, was that we were “Gentlemen who enforced the law”, a descriptive obviously dated by the inclusion of women into the ranks of policing. The line between a gentleman who enforced the law and a gentleman who would quickly displace you from your shoes with force was very fine. Authority was respected and compliance was the norm. “Verbal Judo”, a conversational technique designed to introduce decorum into an enforcement contact, was not yet developed and when direction was given, compliance was expected……one way or another. Differences of opinion relative to a law enforcement officer’s authority were hammered out in court and not at car side or on the front porch. It was a simpler time, not complicated by cameras and the disrespect that is relatively common today. While this shift in the tone of enforcement action may be a contributor, it is not the answer.

The price we are paying is intolerable. Police officers are, by the very nature of their sworn obligation, authority figures. Authority figures that are being undercut at the highest levels of our society. They are being sacrificed at unprecedented levels by a culture that is developing a remarkable contempt for authority. The ultimate disrespect for authority is the casual elimination of a police officer. Until we demand accountability at the highest levels…….they don’t stand a chance.