Sounds a bit like a country song, perhaps penned by the old master himself, Tom T. Hall, however there are no stars in this story that unfolded a day or two before Christmas, back in the early 70’s. I had just gone into service when radio notified me that my assistance was needed at a John Deere equipment company in Higginsville, Mo. I was met there by the high sheriff, Gene Darnell and my Sergeant, Bob Plymell.

It seems that somebody had decided on a new tractor for Christmas, however neglected to work out the financial arrangements with the dealership. The manager assured us the tractor was there the night before, as this was a small dealership and the inventory well known to the employees. The ground was damp and the tractor had been driven from it’s parking place onto Truman Road, likely westbound, leaving clear tracks in the grass. This tractor was big enough to have required a good sized truck to haul away, or, we surmised, was simply driven off. We cobbled together a plan, and I was assigned to contact each resident along Truman Road to see if they had seen or heard anything over the past 12 or so hours. The plan seemed reasonable and I was sure to meet a number of good people while enhancing the law enforcement image among our neighbors along the suspected route. I grabbed a coffee and went to work. 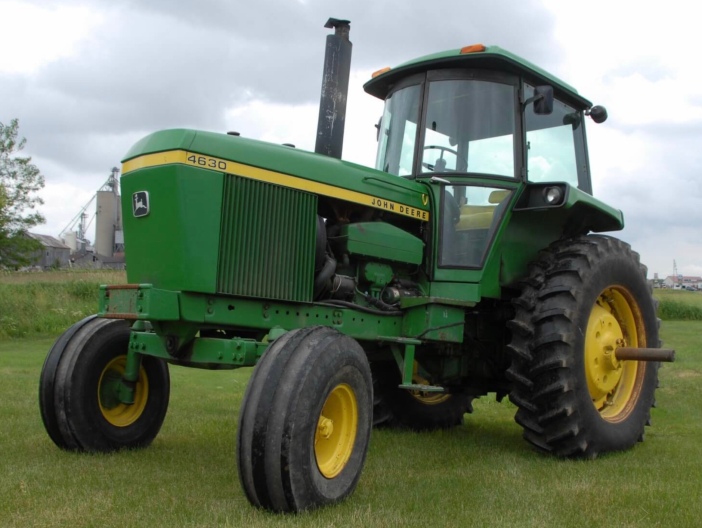 I had worked my way west through the heart of Lafayette county and, as you might suspect, was meeting with little success. This was farm country and tractors were a common sight along this road, although not so much in the dead of night. Many folks were not home and I was offered coffee and treats all along the way, including a piece of home made fruit cake that was absolutely delicious. I can assure you the good German descendants in this part of Missouri know something about great food. I made a note to volunteer for the next assignment that involved canvassing farm country, however; my good will tour was about to change.

I pulled into a long drive leading to a white framed farm home that was about 100 feet from the road, at the end of a gravel drive that circled the house and ended at a cluster of outbuildings. The yard and property was absolutely immaculate with only a barn door open in one of the small buildings. I opened the storm door and knocked on the entry door and received no response. I knocked again, louder before hearing a rapidly approaching German Shepard who was not at all pleased with my presence on HIS porch. He was huge and clearly furious with my presence so I cowered between the storm door and entry door while he assured me, in dog speak, that as soon as he could he was going to shred my uniform and whichever offending part he uncovered. I was in a bad spot, and no relief was in sight.

This standoff lasted for what I would guess was two or maybe three lifetimes but was actually only 10 minutes or so when the rural mail carrier stopped at the mailbox out front. It quickly became apparent the dog disliked rural mail carriers as much or more than errant troopers and he immediately charged the mail person’s vehicle. My brain, fogged by fear, carbohydrates and too much coffee told me this might be my only chance to escape without being gnawed on by the Shepard and I broke for my car, which was still running, about the same distance from the porch as the mailbox was from the car. The race was on……

I have never covered a hundred or so feet that quickly in my entire life. About halfway to my car, the dog realized he had abandoned his sentry duty and began his sprint back towards me. Had he gone straight to the patrol car, I would have been doomed. I beat Jaws to the car and slammed the door in his face, placing a nice piece of safety glass between me and his snapping jaws and saliva. I didn’t know whether to laugh or cry at that point but made a vow to avoid eating fruit cake ever again while on duty! The gun belt and Sam Browne make it tough to catch your breath when you have a pound of fruitcake under it and are winded from a race with death!

I finished my canvass with nothing to show for it in regard to the tractor, which was never recovered during my tenure in Lafayette County. It took awhile for me to cover the rest of the road to the Jackson county line, as I honked and made a spectacle out of myself at each of the residences I stopped at. I had developed a new found respect for farm dogs. I shared the story with most of the folks I subsequently contacted, and we shared a laugh or two at the adventure.

When I think of Christmas in uniform, I remember that I seldom wrote a ticket on Christmas Day, loved helping folks determined to visit relatives in cars that were unfit to be on the road and the Truman Road Shepard. The good memories have replaced the occasional tragic circumstance that marred the season. We all have Christmas memories and I hope your fondest memory brings a smile to your face…….mine always will!