Like a moth to a candle, I am drawn to Interstate Highways. My association with them began in 1966 when I received my first driver’s license in Pulaski County, Missouri. Pulaski County was traversed, east to west, by a crumbling, dangerous Interstate 44, much of it encompassing portions of the infamous Route 66 roadbed. I became a State Trooper in 1972, assigned to Lafayette County where Interstate 70 is the predominate highway feature. Like many troopers, I have countless hours of windshield time scanning four lanes of highway looking for any one of the hundreds of anomalies that occur on our roads. In my day there were few barriers to crossing the median to visit with folks who came to my attention as they travelled in the opposite direction. Troopers develop a special relationship with the Interstate, or any road for that matter, a consideration that has prompted this musing. 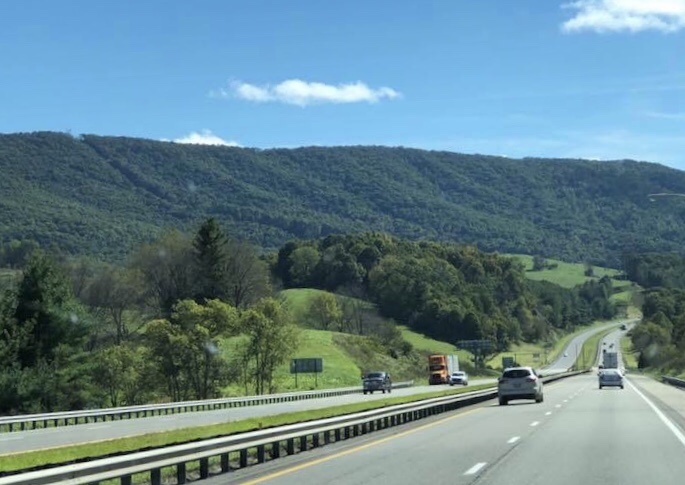 Tuesday morning, Sharon, Tazzy and I left Tupelo, Mississippi at 2:30 in the morning, headed for home in Springfield after a great winter break in the Florida panhandle. I was concerned with predicted deteriorating weather conditions in Missouri which prompted the early start on I-22 between Tupelo and Memphis, a road that I had no previous experience on. I can report this stretch of Interstate is in very good condition and traffic was light at this hour. My plan was to negotiate Memphis before the morning commute. Morning commutes, major metropolitan areas and 28 foot Airstreams make for a white knuckle experience that I was keen to avoid. For the most part, major metropolitan road systems are pretty well shot, and we try to avoid them when possible, unfortunately, Memphis was not easily avoided.

Tazzy was asleep and Sharon dozed a bit as my thoughts drifted back to those days on I-70 as a young officer. As I slipped back into an enforcement mode, I began scanning the traffic, mostly commercial trucking for potential problems or “good checks” as we referred to instances where intuition and experience focused our attention. We passed a passenger car, nosed into an embankment, that had not been there long, the likely result of inattention or slumber among other potential problems. There were the customary “high rollers”, folks taking advantage of light enforcement in the wee hours to cruise at speeds approaching triple digits. These days, with the cable crossing barriers, and electronic surveillance technology (fuzz busters in our day), these folks are really flying. They were among our most prized customers. I remember sitting on a ramp an hour or two after midnight and checking a tractor trailer from a major pipeline construction company, hauling a D-7 Caterpillar on a flatbed trailer at 91 MPH. The driver was a gentleman, wearing jeans that were perfectly creased, a western shirt and tooled leather boots. He was prepared to post a sizable cash bond and was pleased to be on his way after the delay caused by my intercession. I also recalled those terrible nights when everything went wrong and death was the result.

As we cruised along, I felt there was something not quite right about this trip down memory lane. In an Eureka moment, it occurred to me that I was missing the voice of our radio operators who were along for every tour in our cruisers. In my day, we had no Mobile Data Terminals to make quick inquiries, instead relying on voice communication with one of our superlative radio operators to make checks on the many things requiring further investigation. These folks were masters at cataloging the innumerable, additional resources needed to support the road officer and assisting with channeling those resources to any number of officers at one time. Their ability to respond to the needs of multiple officers, spread over a wide geographical expanse, often encompassing a major metropolitan area, was uncanny. In those days, radio logs were typed by hand, on paper, as they juggled their responsibilities and communicated with us. I smiled as I remembered that some officers were very busy initiating one check after another, nonstop, which had a predictable impact on the operator’s workload. It was a terrific partnership, resulting in invaluable assistance to the motoring public and long days in jail for many folks who thought their secrets were deeply buried. Lending dignity to the travels of folks on the Interstate was gratifying. I never left hungry or cold children on the Interstate….we always found a way.

Our Interstates are getting old. The wear and tear of millions of miles of vehicular traffic, some of it exceedingly heavy (trucks), is taking a toll. I believe the Interstate system, as envisioned by President Eisenhower, is an American treasure that has been taken for granted, as evidenced by the priority given to it by the very folks who rely upon it. I refuse to travel on I-70 in Indiana, preferring the secondary road system that is, surprisingly quite good. I-22, on the other hand, is an Interstate in it’s infancy. It is a pleasure to negotiate with superior engineering evident just about everywhere. I am a road warrior, and as such, have always been in tune with our highway system, particularly the Interstate system. Pulling a RV will serve to sharpen your sensitivity to our roads and highways. It seems we would rather complain than commit the resources necessary to maintaining our great treasure. Interstates have made millionaires out of folks in the orange barrel and cone business. We need to turn the barrel makers into multi-millionaires. We are losing ground every day we ignore the deterioration of our highway system. 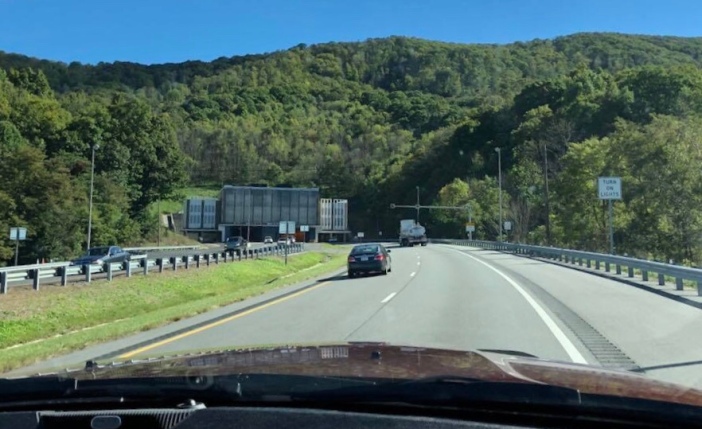 Interstates never sleep. Virtually everyone in America relies upon them at some point, good guys and bad guys alike. In reality, an Interstate is a snapshot of America, rural, urban and alien alike. When I go to my reward, I would appreciate it if Sharon would see to it that part of my final journey on earth is on an Interstate. The sounds of a busy Interstate do not annoy me, rather I view the noise as America on the move.