I love college basketball. This is a sport where raw athleticism reigns supreme. Well, raw athleticism, desire and great coaching, if you really want the full picture. Today’s musings were prompted by an article written by an Associated Press sports writer who disparaged Michigan State’s coach, Tom Izzo, in response to the coach clarifying his expectations with a freshman player who casually drifted back on defense, seemingly oblivious to the task at hand. The writer thought Izzo was out of control as he addressed the player. There are those that might agree however; I am not one of them. The writer made his point and I will make mine. 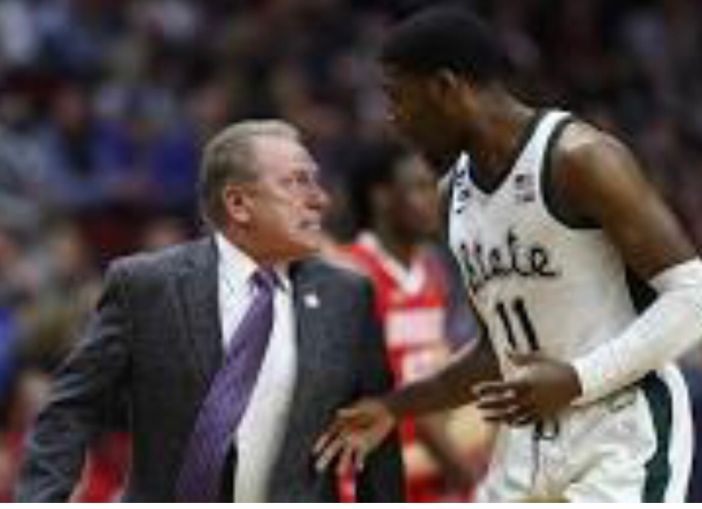 The writer’s position is one of the great tragedies today. I was raised in an environment somewhat similar to the one this freshman ballplayer found himself in yesterday. My father, a career Army officer was a reasonable man, until an expectation wasn’t met as a result of a problem with the concept of “effort”. The next conveyance of expectation left absolutely no doubt in my mind as to the necessity of getting the job done. All to often today, a failed expectation, particularly with our young people, is met with calm reflection and a suggestion that they had “perhaps not given the task their best effort”. This approach is appropriate in a number of circumstances, but in the middle of the biggest “one and done” tournament of the year, it is not. Each of the five on the floor are carrying at least a 20% responsibility for the games outcome on their shoulders. Izzo is a passionate coach, known for his enthusiasm and demanding style, as many excellent coaches are, and is coincidently, a winner. This young ballplayer admitted, after the game, that his showing was one of his poorest performances this year. That is a sign of maturity. Interestingly, the response from a very large number of players who played for Izzo, has been to endorse the coach’s actions yesterday, even if they had fallen victim to one of his “inflight adjustments’ on occasion.

Now to the bigger picture. The ability to handle adversity is vitally important to personal success in virtually every walk of life, especially team sports. All this talk today of “safe places” and fragile egos is not in our national interest. What happened to this ballplayer has been repeated a million times in the shaping of a civilian to a member of our Armed Forces, in terms that would make Izzo’s intensity look like child’s play. The no-frills delivery of an expectation, in terms that are unpleasant, even harsh, has it’s place in everyday life. It is normally reserved for folks who failed to get the message the first time around. I worked for a number of Patrol Commanders who were perfectly capable of making their point, especially when we failed to grasp the issue at hand the first time around. It is a part of life. When I think back to my High School coaches, the names that I remember are of those who possessed the Izzo gene in terms of intensity. We did not gather around the flag and sing kumbaya in an effort to pursue excellence, believe me.

There are those who suggest that Izzo should have responded to the players lack of effort privately. Really? There is precious little time to address matters privately in a college hoops timeout, especially when the matter is critical. It is also important to note that every player on the team was privilege to the coach’s position relative to a lack of hustle. Clearly, the rest of the game was comprised of foot races in transition. The point was made and the consequences of failure clearly conveyed. I found myself yelling “hustle” to the players in every transition…..

As a final note. I can guarantee that every player that played for coach Tom Izzo, one of the great coaching masters, beams with pride in acknowledging his association with the coach. With rare exception, I strongly suspect they will tell you they are a better man for it.

Thanks, coach. Demanding excellence is a beautiful thing to watch!