Firstline supervision is where the rubber meets the road, a function that is absolutely critical to the success of a police organization.  In the Missouri State Highway Patrol, these line supervisors are called zone sergeants, and zones are usually limited to a county or two, which increases efficiency in terms of court appearances, coverages and the working knowledge of the people within your zone that you should know.  While I enjoyed my command experiences,  I am convinced the sergeant is the backbone of the profession.

My road career began under the tuteledge of one C.A. Pohle, an older sergeant who was level headed, calm in demeanor and handy with a pen or pencil. Cliff, as we knew him, didn’t raise his voice, was an excellent pursuit driver who when tooling around, not in pursuit, was an adventure to ride with. As I recall, Cliff began his career in 1949. He was old school, respectful and patient…..probably why I was relegated to his care.  Next was R.G. Plymell, who began his career in 1958. Bob was also old school.  He was not a journalist, was also very patient and respectful, and was difficult to understand on the radio as he always had an unlit cigar clenched in his teeth.  Bob would fool you.  He strongly believed you let the violator set the tone and you came in with just a pinch more dignity and respect than they afforded you.  He was methodical, thorough and had a work ethic that didn’t stop.  Bob knew a lot about a lot of things, and set the tone for guys like Mike Mulholland and me when we really needed tone setting.  Finally, I began the transition to Sergeant under the supervision of J.S. Gordon.  John was a shrewd individual, a strong writer and very capable investigator.  He was an excellent conversationalist, a skill that served him well in his career.  These three officers were a credit to the organization and developed many fine officers assigned to their watch over the years.

Interestingly, all of these officers were exceedingly respectful in their dealings with their subordinates and the public they served.  We were taught, early on, that the detection and apprehension of miscreants was not personal and that there is always room for dignity…..until the bad guy closed off that approach.  Like any well trained and seasoned officer, all three prefered the path of least resistance……..but would kill you if left with no choice.  It is the nature of the business.

Police commanders make judgements every day relative to the propriety of a given action or response by their officers.  After all, policing is delivered in a para-military fashion.  This being said, it is the sergeant who provides the real world guidance on those same actions as they unfold.  I remember my commanders with respect and, in some cases awe, but it was and is the sergeant you live with on a daily basis. 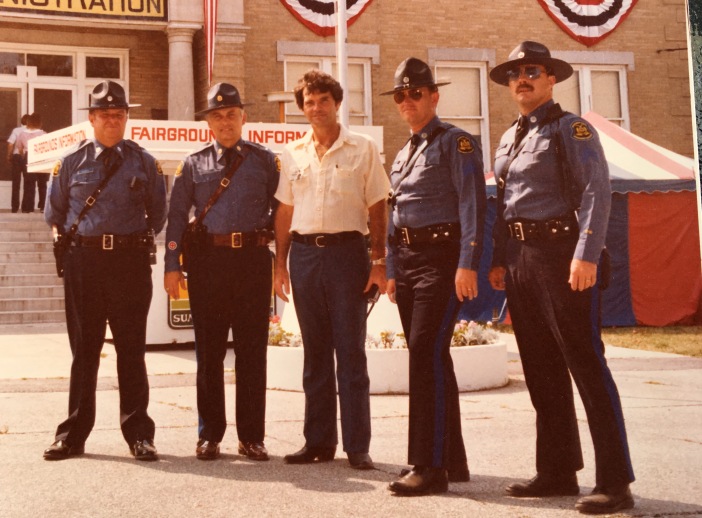